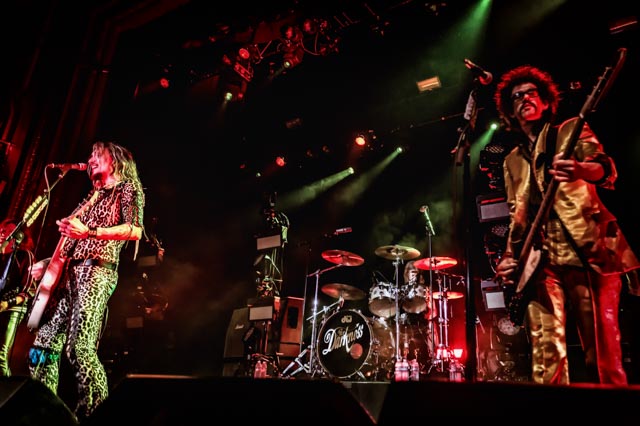 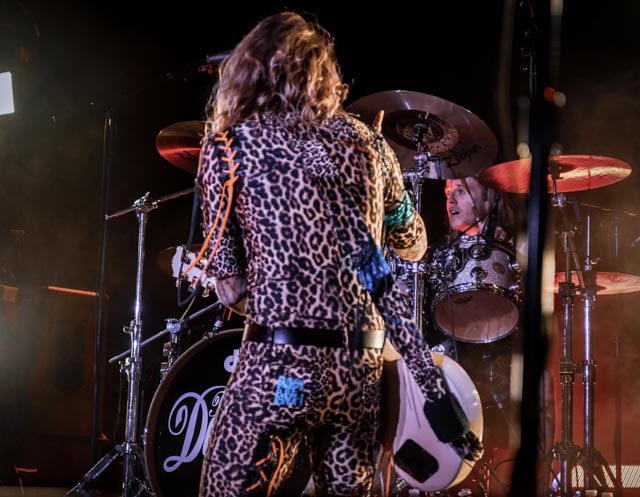 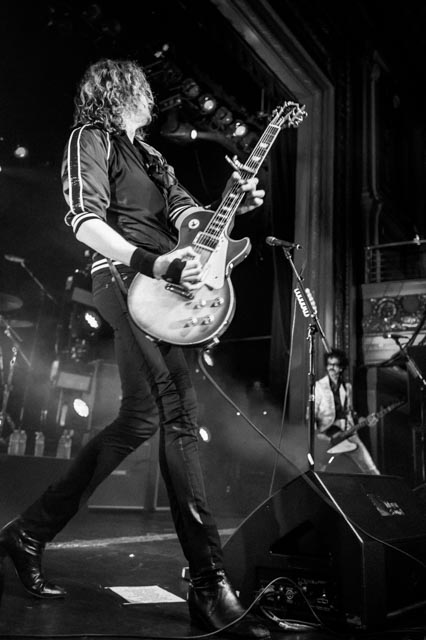 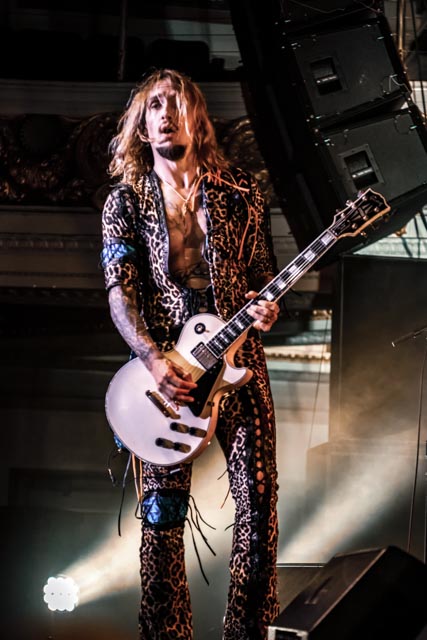 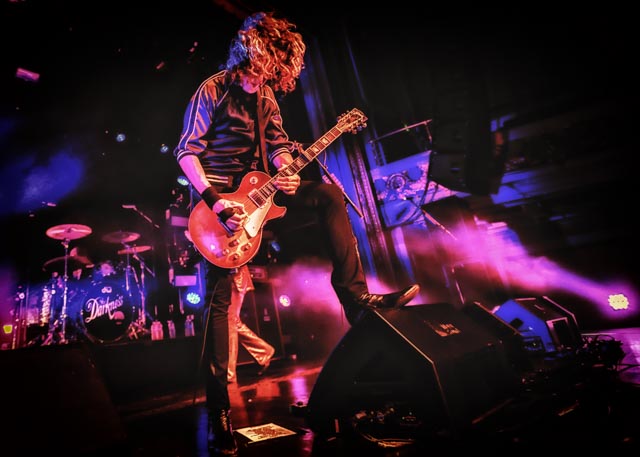 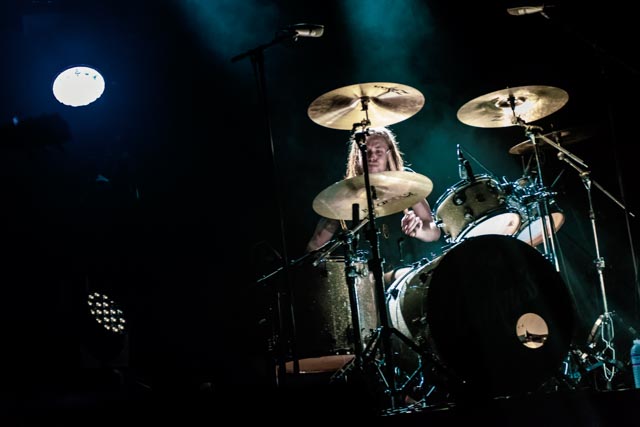 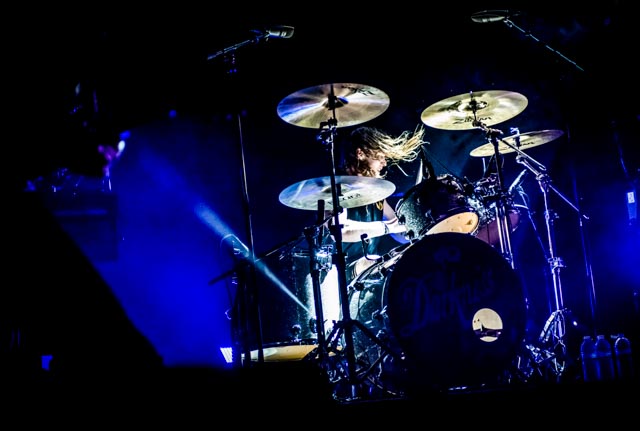 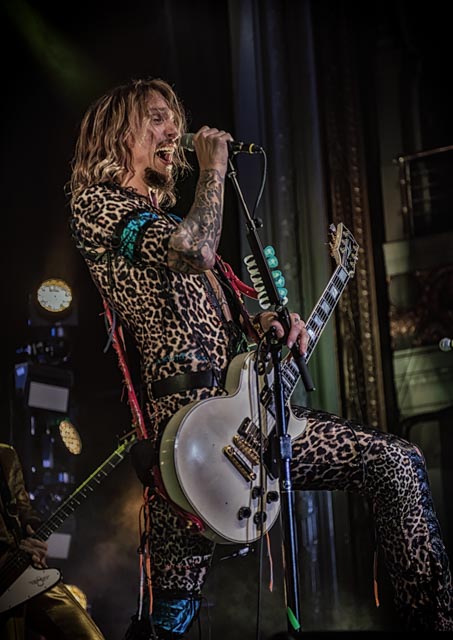 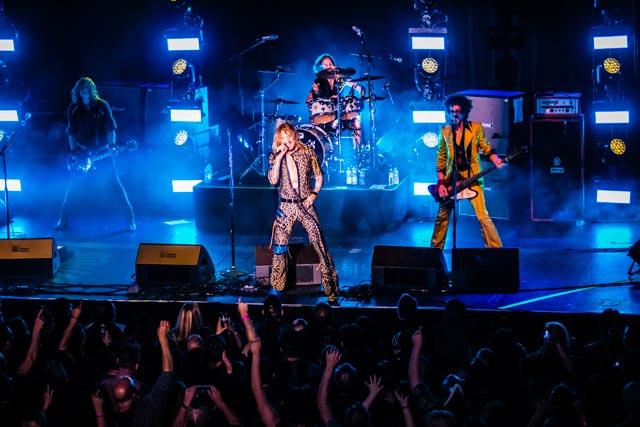 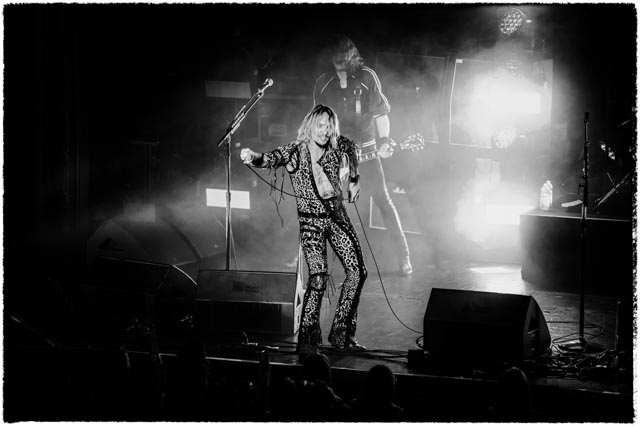 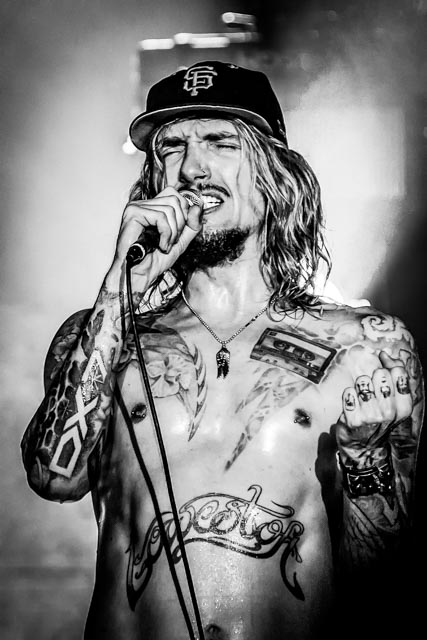 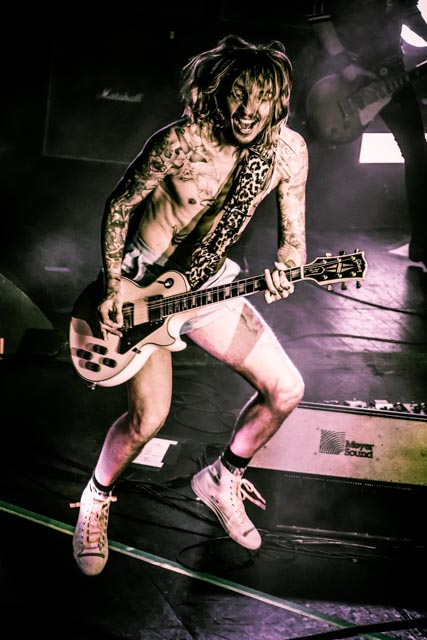 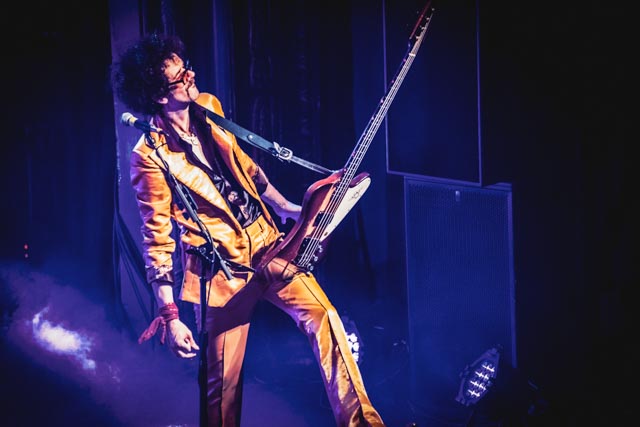 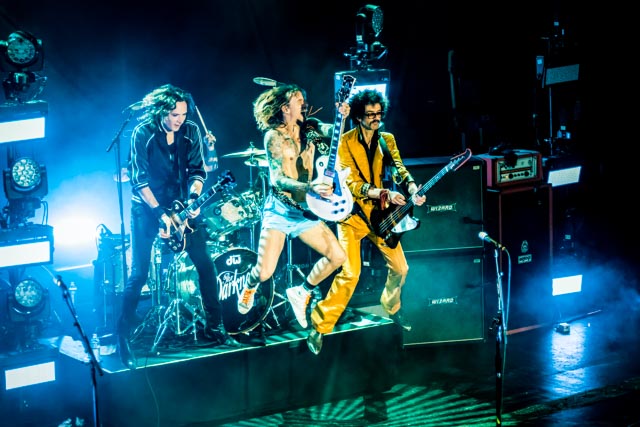 I had been waiting for The Darkness to return to the States since they last played in Santa Cruz a couple of years ago. That show reminded me of how a rock and roll show should be. You should have a great time, forget your troubles and see a band on the best performance they can. When The Darkness The Tour De Prance tour was announced last fall , in support of their new record, Pinewood Smile, and I cleared my calendar for the date.

Last night, the day finally arrived. Friend of the show, Michael Street, even flew all the way from Charlotte, NC to join me.

Opening the show was Diarrhea Planet . I have heard their music and I like it. They came on in the dark.  The only lights they had were behind them so you couldn’t see the band. They did big rock moves on stage, which might have been good, had I been able to see the band. I wasn’t really enjoying it that much. To me they came off as hipster guys who decided to form a band as a goof and it accidentally took off. I could be wrong, and maybe I’d like them more if I could have seen them in the light.

The Darkness came on exactly at 9pm to a majestic intro tape. Smiles on everyone in the crowd.

People who don’t like The Darkness, just don’t understand the greatness of this band. They really are the last of the real rock and roll stars.

Justin was wearing a cool leopard print jumpsuit and he looked great and had his usual charm and sense of humor onstage. His vocals were spot on, but what gets overlooked by every one who writes about him is his guitar playing. He is an extremely underrated guitarist, in my opinion, a combination of Angus Young and Brian May. It is such a pleasure to watch this guy play and perform.  Younger musicians should aspire to be of this quality. I can’t say it enough how great Justin Hawkins is in every way.

Dan Hawkins seems to be the heart and soul of the band, holding down the rhythm guitar parts. Malcolm Young would be proud of him. And I get the feeling that he truly loves playing in this band. It shows because he had a smile the entire time.

Bass player, Frankie Poulin, who I had on the Rock and Roll Geek Show when he was promoting his book (a hilarious biography), was wearing a yellow 3 piece suit and a Gibson Thunderbird. He was playing through an Orange bass stack, which sounded great. I saw SIR cases next to the stage, so I’m assuming they were using rented gear, which is common for mid level bands from overseas touring the States.

Rufus Taylor is the perfect drummer for the Darkness. He fits the band so well and watching him play, he was focused on Justin the entire set, using him as cues to begin and end the songs. His drumming is fantastic.

My only complaints about this show, was that it was about 30 minutes too short. They only played about an hour and fifteen minutes. Also, I would have liked to see Justin interacting a bit more. He seemed like he was doing his job, as opposed to going the extra mile, like I’ve seen him do every other time I saw them. The last time I saw the band play, he seemed a lot more into the show. I had a feeling that he may have been not in the greatest of moods tonite, but I’m probably the only one in the audience who noticed this.

If The Darkness come to your town on this U.S. tour, go see them. It may be awhile before you have the chance again and if you’ve never seen them play before, you really need to see what a real GREAT rock band is.

I’m going to say it again….The Darkness are the last real rock and roll stars.